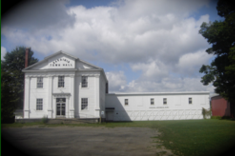 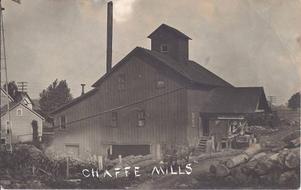 The Sardinia Meeting House was originally constructed as the First Baptist Church of Sardinia. Built in 1829, it is one of the oldest religious structures still standing in Western N.Y. Except for the addition of a basement and dormer off the back of the main building, the exterior has remained essentially the same as when it was built

Our museum is in the hayloft of the original attached carriage shed. It is open the first and third Sunday May thru October. If you or your group would like a personal tour contact the museum curator .

for pictures of Sardinia